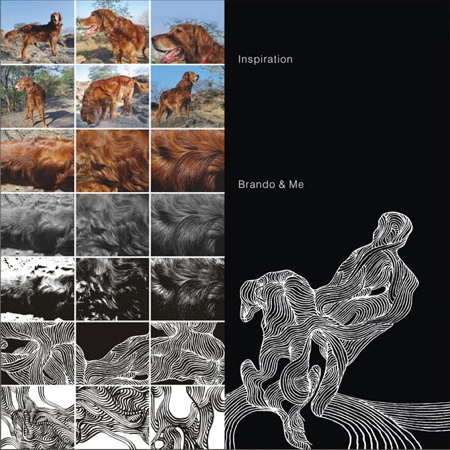 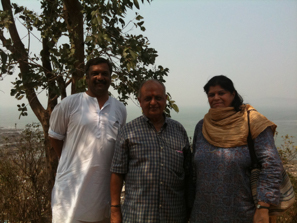 Milind Gokhale quotes “When I met my ‘GURU’ Col. Arvind Sabnis (Balkaka). I was impressed by Nath Panth ( नाथ पंथ), and Saint Dyaneshwar (संत ज्ञानेश्वर) I could relate my guru’s thoughts in today’s context. As I have spent all my childhood in our ancestor’s bunglow at Deccan area, Pune (Maharashtra). Almost 25 years ago, I used to operate my studio from that bungalow. I used to get attracted by a procession that used to pass from the roads of deccan. This procession is called WARI (the walk). Last 750 years this procession (Wari) has taken place. The route of Wari starts from Alandi and ends at Pandharpur. Pandharpur has a temple of Lord Vitthal, the deity of Maharashtra. During Wari a musical instrument called zhanj is played in a particular rhythm, that builds a tempo and the vibrations reach to one’s soul and naturally makes one cry one’s heart out. A sensitive person like me and others with the theta waves produced by zhanj directly hits one’s brain nerves and one gets fascinated by that and starts following the path.. At the back of my mind unknowingly I started comparing, that When I lost my mother, I was in deep grieve. the tears couldn’t stop. But here the tears were of Joy- Atmanand. (आत्मानंद)” 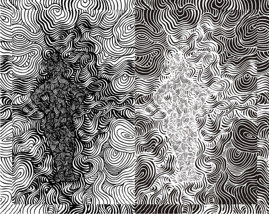 …What can be done to get out of this Chakravyuh i.e. the Vicious cycle of delirium? What is the way out!!!

The answer really lies within us. Yes! our own body and mind can be the answer to this difficult question. Chakravyuh manifested by the Kali Yuga. How do you find out what is inside your body? that can prove to be useful? If you try to internalize your attention and concentration, you will come closer to this mystery.

‘Inception’ of the internalization process is very difficult as there are no directions in the material world for it. But if you think from one level above, it is not very difficult to understand that the inception starts with Lord Vitthal. Lord Vitthal is a form more than anything else. A concrete form having two hands, legs and a head. This form is very typical in characteristics. In fact, when we started research, what we noticed was that this form is derived from the most important part of our bodies. That is, the ventricular system, which is present inside the human brain. Yes, that’s right; it is present in each of our brains.

The Ventricular system mysteriously resembles the form of Lord Vitthal. If you take a look at the pictures in the MRI scans shown along, you will find what the level of this resemblance is. This black Lord Vitthal (or the ventricular structure) in our body is the inception, the entry point to a better life and living. 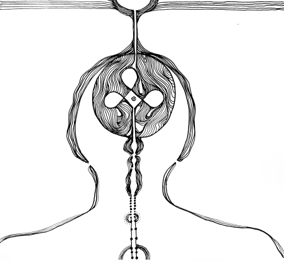 The brain is the most important organ in the body and it is formed around this ventricular system. Thus, this system is even more important and if you try to concentrate on this form, you shall be starting with the process of exiting the ‘Chakravyuh’ of delirium. The ventricular system has a centre where the fluid which keeps the brain clean and the neurons active is secreted. This fluid is the Cerebrospinal Fluid. It clears the waste formed in the neurons.
If you try to look into yourself, you will see that the processes inside you are so important. The start point, depicted by Vitthal is Inception to the process of Internalization, finally leading to Realization… 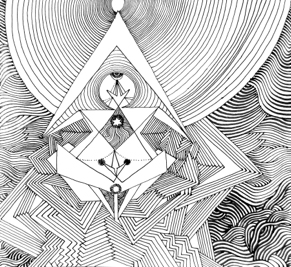